Home › Blog › Academic Assistance › Advance of Christianity in the Philippines

Advance of Christianity in the Philippines 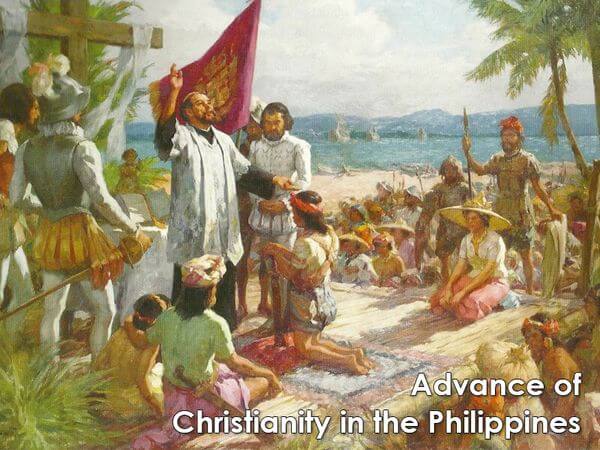 The spread of Christianity on originally pagan territories is a complex historical event that occurred on many lands. The Philippines became the target of the Spanish colonizers in the 16th century. Their aim was the usual – to make the islands a part of the Spanish Empire and to impose Christianity on the locals. The latter was accomplished through the work of Spanish missionaries. As a result, today Christianity prevails in the Philippines with 4% of Christian world population centered there. Let us have a closer look at how it was achieved.

The first tools of Christianization were Catholic churches and sacred carvings. They allowed spreading places of control all around the country. Soon, many impressive churches were built everywhere, including even the most remote areas. Their physical presence was supposed to be a constant reminder of the power of Christianity. In addition, all church figures were able to occupy positions of power in the society. As a result, even nuns and monks had more power that the locals who have been living there for centuries.

To make the position of Christianity even stronger, the missionaries destroyed all texts about the native pagan religion in the Philippines. Since the writings were mostly done on bamboo and big leaves, they were quite difficult to preserve. However, some examples were saved and later studied by historians. They are the proofs of the existence of a complex and independent religion in the Philippines before it was completely overtaken by Christianity.

For the Spanish colonizers, the idea that Christianity might not have been the perfect religion for the Filipinos simply did not exist. Still, it was not simply promoted but imposed without any alternatives. The locals did not have any choice but to succumb. Nevertheless, the Filipinos did not completely accept all peculiarities of Christianity and continued to partially follow their own beliefs. As a result, the culture that settled down in the Philippines was mostly dictated by Christian rules tailored to local traditions and character.

One of the positive changes that Christianity brought to the Philippines was the ceasing of headhunting tradition practiced there before. This cruel act was banned by the church and lately eradicated from the Filipino culture. Without a doubt, this innovation was beneficial for the locals because it showed that the act of killing should not be seen as a social norm.

To sum up, the spread of Christianity in the Philippines was a complex process that took many years to be completed. It is subjective to say whether it was a positive or a negative occurrence. What is obvious is the fact that it has shaped the Philippines in the way the country exists today.

How to Excel at Your Math Class?

How to Deal with Tough Professors?

The Catcher in the Rye Essay Sample